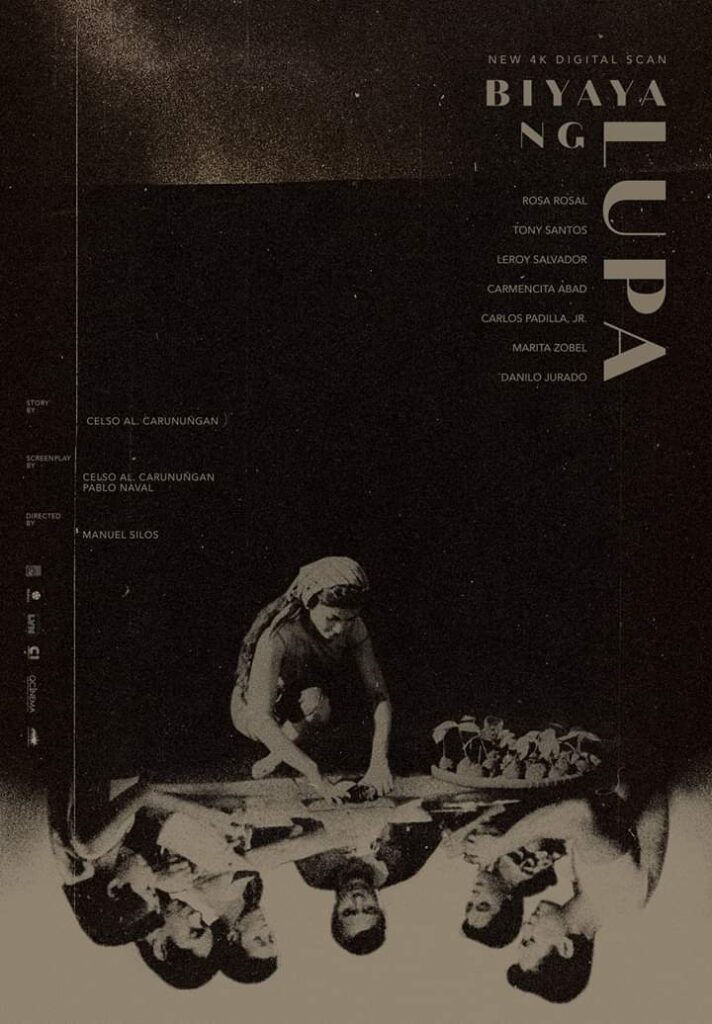 Maria and Jose begin their married life by establishing a countryside orchard of lanzones. They soon have four children, namely Miguel, Arturo, Angelita, and Lito. They live happily in the community, until Bruno comes along; he is a widower believed to have killed his own wife. Bruno wants to remarry and courts Choleng, a niece of Jose. Choleng dies by falling from a cliff while trying to evade Bruno. Bruno goes to the mountains to hide from the angry villagers, then returns and rapes Jose’s daughter, Angelita. Together with the villagers, Jose pursues Bruno but is shot by the latter.[3]

Jose’s son, Arturo, goes to Manila, while Jose’s other son Miguel (the deaf and mute) courts Gloria, a woman in the village. Arturo returns from Manila accompanied by a woman from the city. Arturo succeeds in convincing his mother, Maria, to mortgage the rice fields before going back to Manila.[3]

A landowner from another town hires Bruno to destroy the lanzones harvest of Maria’s family. Bruno and his group fail because of the villagers. Miguel kills Bruno. Arturo comes back from Manila and reconciles with his family.

Alternate Titles: Blessings of the Land