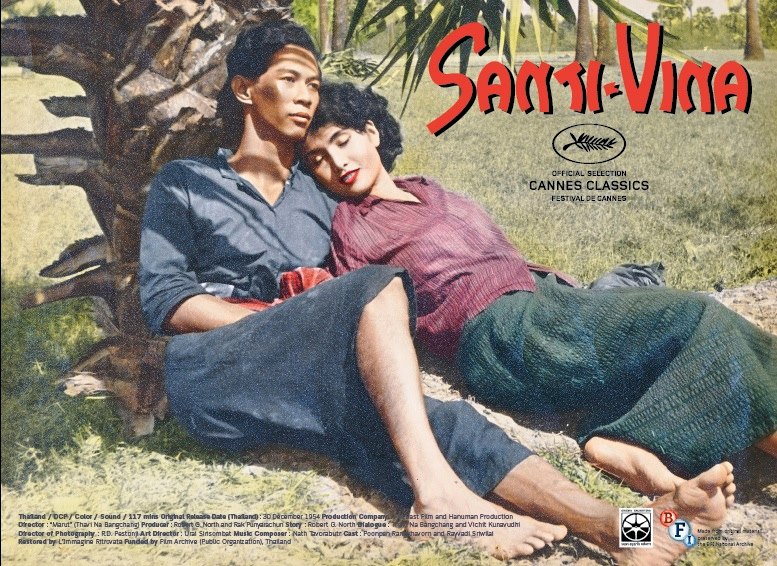 The story is centred on Santi and Vina, star-crossed lovers whose relationship is forbidden by Vina’s parents because Santi is a 10-year-old blind boy, lives with his poor father.

He has his best friend, Veena, who protects him from being bullied by the naughty Krai. Santi’s father gives him to a respectable monk named Luang Ta, who takes care of him and teaches him Buddhist lessons. When they grow up, Santi and Veena fall in love. Meanwhile, Krai feels jealous because he also likes Veena. Krai asks Veena’s parents for her hand in marriage. While her parents agree, Veena decides to run away with Santi.

The film premiered in Tokyo the same year at the first South East Asian Film Festival, the precursor to the Asia Pacific Film Festival, in Tokyo, which was set up by Masaichi Nagata, president of Daiei Studio with the support of Sir Run Run Shaw. The aim was to create a film festival showcasing best films from Asia. Eleven feature films from Japan, Taiwan, Hong Kong, Indonesia, Malaya, Philippines and Thailand competed in the inaugural edition with “Santi-Vina” winning Best Cinematography and Best Art Direction and becoming the first Thai film to win any awards at an international film festival. The film was released in Thailand in December 1954, and His Majesty the King attended the premiere at the Empire Theatre, The problems started immediately after the festival. After learning that he would have to pay a large sum of money in custom duties to take the film back to Thailand, Pestoni decided to ship it to London. He was later informed that the film had been damaged during the voyage and died in 1970 believing that his award-winning film was lost forever.